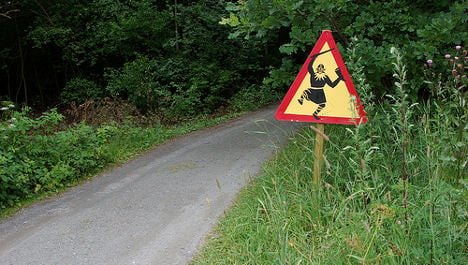 “Establish a ‘Swedish reservation’, where we can continue to follow our traditions and our Swedish culture,” Marie Stensby, who represents the Sweden Democrats in Krokom in Jämtland, wrote in an open letter to the prime minister.

Stensby’s letter began with a summary of what, in her view, had gone wrong with Sweden, arguing that the country was disappearing into a “black hole” of “indescribable chaos” due to the government’s immigration policy.

“In my darkest moments I wonder if you (Reinfeldt)…would consider adopting an old American model. For us Swedes who want to carry on being just that, Swedes,” she added.

Stensby suggested her home county of Jämtland as a suitable location for “a reservation for Sweden’s indigenous peoples”.

Jämtland has historically rested uneasily within the kingdom of Sweden and was long part of Norway. The “Jämts” were in fact the last people from an acquired territory to become Swedish citizens (in 1699).

An independence movement has existed since the 1960s and the county’s main cultural event of the summer – the Storsjöyran music festival – is traditionally hosted by the “Republic of Jämtland”.

The festival is opened with a speech by the movement’s president, currently Ewert Ljusberg, in which he typically berates and mocks the “Grand-Swedes” and their government in Stockholm.

The movement is however widely regarded as a humorous marketing ploy and Marie Stensby on Wednesday appeared to tap into this tradition when she explained that her call for a “Swedish reservation” should not be taken too seriously either.

“I have learned that next time when I take a joke to the extremes, I should write (ha,ha,ha) in brackets, alternatively refrain from humour,” she said.

The Local’s calls to the Sweden Democrats on Thursday for comment on Marie Stensby’s proposal have been unsuccessful.