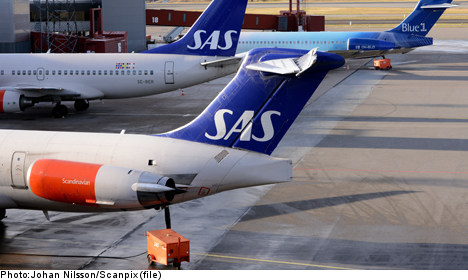 SAS has been holding talks with pilot and cabin crew unions in Copenhagen all weekend to negotiate the terms of salaries, pensions and work conditions outlined in a rescue package that was aimed at salvaging the troubled airline.

A deal must be reached before the SAS board meets on Sunday evening to determine the airline’s future, but in the late afternoon the management announced that they would not accept the terms laid out by the unions.

“Unfortunately there is no deal with any of the unions yet,” SAS said in a statement.

The pilots’ unions had presented their bid shortly after midnight between Saturday and Sunday but it did not come close to fulfilling the SAS management’s demands, despite assurances to the contrary from the union’s leaders.

Jens Lippestad, chairman for the Norwegian SAS pilots association and head of negotiations for the pilots’ unions, had claimed that the Swedish, Danish and Norwegian unions’ bid complied with SAS “on all areas, and ensures that negotiations can be completed in a successful manner.”

Some success was initially reported from negotiations between SAS and the cabin crew unions.

“We feel SAS is being attentive,” one source told the Ritzau news agency.

The Swedish cabin crew union had been cooperating with its Danish and Norwegian counterparts to negotiate a new deal.

“We handed in a joint proposal on Friday…The company has said it wants the same terms in the different countries and that is why we are cooperating,” said union press secretary Jennie Zetterström.

But, in the end, SAS management rejected the cabin crews’ terms, too.

The company encouraged all staff members who are currently travelling to ensure they have enough cash to manage on their own in case bankruptcy is announced.

The company also ordered all planes to be refuelled so that they can return home in the event of bankruptcy.

Some time after 5.30pm, Schur and two other board members reportedly left Kastrup for Stockholm, where a “crisis meeting” with bank representatives was scheduled for 8pm, daily Dagens Nyheter reported on Sunday night.