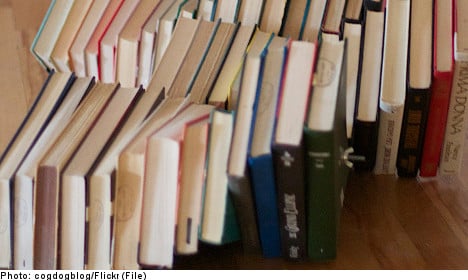 “So you’re a Pippi fan?” book club head Keith Foster asked Minister of Trade Ewa Björling at the start of the event on Thursday morning.

”Of course I am,” she responded, and on that note the event took off.

The event rounds off a month during which the Swedish government staged a series of events to promote the country’s literature on a global scale.

Swedish embassies from Tokyo to Mexico have organized readings and discussions throughout November in a lead-up to the live book club broadcast.

Björling explained that the purpose of the event was not only an attempt to push the economic aspects of literary popularity, but also an effort to highlight Swedish values.

Fans will have ample opportunity to ask questions via Twitter using the #storytellers hashtag, with the Swedish Embassy in the UK and Foreign Minister Carl Bildt already joining the discussion.

Björling hopes the event will increase the worldwide popularity of Swedish literature.

“We want to call attention to the current power of Swedish literature, to reach out and speak to people all over the world with issues and stories that touch and engage,” she said in a statement.

Storytellers of Sweden runs until 6pm at the Ministry of Foreign Affairs in central Stockholm. See below for a link to the live broadcast.