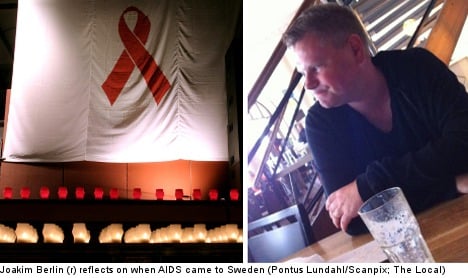 In the course of a lifetime, that could mean missing the bus, crashing the car, losing a job or even a relationship.

In 1991, at the age of 17, Berlin received a diagnosis that was, at the time, tantamount to a death sentence. Without having committed a crime.

“The AIDS epidemic was so shocking for Swedish society because we were a fabulous country that fixed everything and could save the world – that was the general opinion about Sweden, in Sweden,” he says.

“And then came this disease; this virus that was just killing people.”

Over the last two decades, Berlin has had time to reflect, which goes some way into putting that remarkable opening remark into some context.

Yet he vividly recalls certain moments, such as the time the news was delivered.

“The doctor who told me started to cry so I ended up comforting her when I got my diagnosis,” he says.

Berlin made an early decision to be open about his status.

“It was about showing people you can get HIV when you are young – that anyone can get it,” he explains.

But it had its repercussions.

The head of his college demanded that he study elsewhere and his parents wanted him to keep the news within the close family.

“They were shocked and ashamed that they hadn’t raised me well enough,” he adds.

“They didn’t want my cousins or my aunts or my grandmother to know I had HIV. But I did, because I wanted support when I became ill,” Berlin recalls.

“I thought I was going to die and that was a fact then – before the medications we have today.”

The stigma experienced by Sweden’s gay community when the epidemic peaked in the 1980s has recently been retold to a record television audience.

Swedish author Jonas Gardell’s trilogy Torka aldrig tårar utan handskar (‘Never dry tears without gloves’) has yet to be published in its entirety. Nevertheless, a TV drama series based on the books aired in October, quickly becoming one of the year’s most talked-about television series.

It tells the story of two young lovers who find themselves and each other amid the backdrop of Stockholm’s 1980s gay scene. But the thrill of coming out is as short-lived as new friendships when AIDS arrives in town.

“It really was how it was back then,” says Håkan Steenberg, from the Swedish Federation for Lesbian, Gay, Bisexual and Transgender Rights (RFSL), who was openly living as a gay man at that time.

“I wasn’t infected and almost felt ashamed of being healthy or alive. We lost so many of our closest friends, going to many funerals in our twenties – you shouldn’t have to experience that so young.”

The story also touched upon families’ reluctance to admit the truth and alienating partners from final goodbyes.

“Many died from ‘cancer’ and couples could have been living together for five, ten, twenty years, but families wouldn’t allow the partner’s name in the obituary.”

Berlin says the response from the series is bittersweet.

“People have started talking about HIV again but they don’t want to recognize that we were so horribly treated,” he explains.

Advances in medicine mean HIV is no longer a life-threatening disease, yet the scare and shock factor hasn’t gone away.

Living in Gothenburg today, Berlin works with Postiva Gruppen Väst – a support organization for those living with HIV. His role takes him into hospitals to work with staff on their procedures.

Even now in the medical profession, Berlin says misinformation means treatment can be varied.

“Nurses can react badly, leaving the room and never coming back,” he says.

“People in Sweden think that they are very liberal and open-minded,” adds Berlin.

“But they trust the government to protect us from HIV and it’s not working.”

He is referring to Sweden’s Communicable Diseases and Prevention Act. First introduced in 1988, it includes a contentious clause that obliges HIV-positive individuals to inform prospective sexual partners that they carry the virus.

“It prevents people from testing because of a false security – you have sex with someone who doesn’t say anything which is fine because they have to inform you by law. It just doesn’t work like that in practice.”

Sweden’s so-called “msm” group (men who have sex with men) remains at the biggest risk.

“Here, HIV spreading is the same rate as it was in the 1980s,” adds Steenberg.

“Even though we know how it’s transmitted, people are taking bigger risks with their sexual behaviour.”

According to statistics from the Swedish Institute for Communicable Disease Control (Smittskyddsinstitutet, SMI), more than 10,000 HIV cases have been reported in Sweden since the beginning of the 1980s.

Today, there are around 6,000 people living with HIV in Sweden.

“Prevalence in the msm group is much higher than for heterosexuals but many of them contracted HIV many years ago – when the spread was much bigger,” says Dr. Torsten Berglund an epidemiologist at SMI.

“The increasing prevalence in msm is mainly an effect of the new medicines and the fact that you seldom die of HIV nowadays if you are undergoing treatment.”

Berglund explains that the number of newly reported HIV cases in Sweden can be attributed more to immigration rather than an endemic spread within the country.

“Most newly reported cases are people arriving here who already are infected with HIV,” adds Berglund.

“That is the main reason for the increase in incidence over the last ten years and its hasn’t affected an increasing spread in Sweden.”

“You can say that the level of spread in the msm group at the end of the 1980s is about the same as today,” adds Berglund.

“After the initial uncontrolled spread, there was a very steep decrease in the spread among gay men and it went down to quite a low level after the mid 80s where it has much remained.”

Still, the msm group remains the most affected group in Sweden and accounts for the majority of those infected within the country.

Berlin is now happily married and has been together with his partner for 18 years.

He works part-time and takes a daily dose of 8-10 tablets, which bring about a number of side effects. At one point he was close to death after a severe bout of pneumonia.

“We are humans and we make mistakes,” he says.

“It’s important to have role models in a society and I’m one of them.

“I have been through a lot over the past 21 years but there’s still much to do in Swedish society to be the liberal country we think we are.” 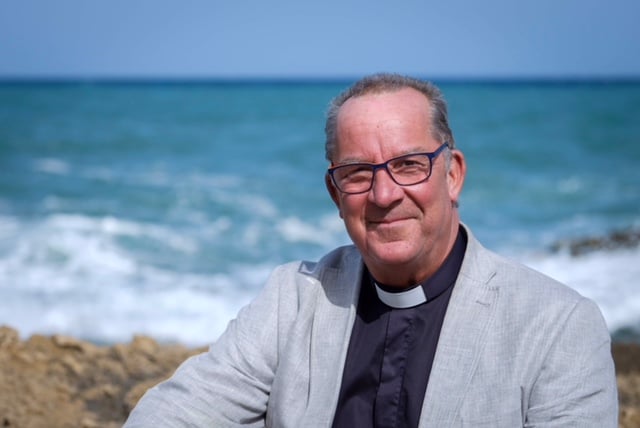 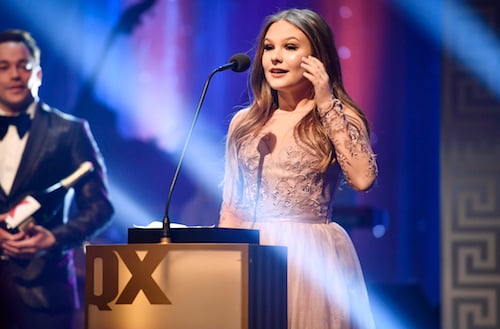