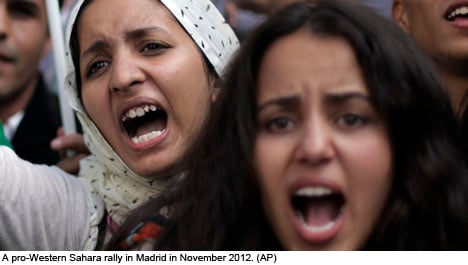 recognise Western Sahara as a free and independent state” and to work toward this goal even within the European Union.

The motion, presented by the left-of-centre opposition, was adopted with the support of the anti-immigrant Sweden Democrats.

The four-party, centre-right Alliance government, which holds a minority in parliament, voted against the motion.

“It’s an important statement by the parliament, so the government has to consider it,” Jörle said, adding the government would provide the Riksdag with an answer to why Sweden, like other European countries, has no plans to recognize Western Sahara.

“Sweden traditionally has a position regarding the recognition of new countries. There has to be independence, integration and autonomy. The territory must be controlled by the government, and the population must be under its control too,” Jörle said.

The Swedish parliament is the first in the European Union to call for the recognition of Western Sahara.