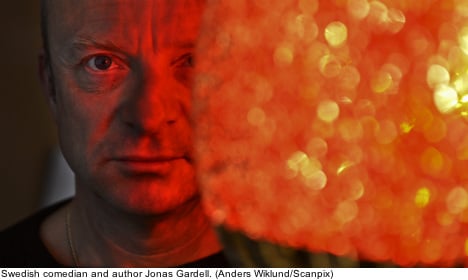 “Jonas Gardell effectively and painfully reminds us that human dignity is not a given, but needs to be constantly defended,” the jury wrote in its statement.

“My goal was to break the silence about HIV and Aids and I am overwhelmed by the response,” Gardell told news magazine Fokus, which organizes Swede of the Year.

Previous award winners include Masoud and Shahnaz Garakoei for standing up against blackmail attempts by a criminal gang and Sven-Erik Bucht who turned the town Haparanda around after years of population decrease.