The circus artist was shot during an act that went horribly wrong.

She was standing behind a thin cloth when a crossbowman fired an arrow at her, as planned. The lights were supposed to go out and she would step aside just in time to avoid the shot.

“He aimed correctly but something went wrong.”

Bronett said that the crossbowman was “shocked” and “devastated” by the mishap but that luckily he had fired a weak shot and the woman is not seriously injured.

Though the arrow did hit her, when an ambulance arrived she was apparently able to walk and lie down on a stretcher without assistance.

Roughly 2,000 people attended the show, which went on as usual after the accident.

Some witnesses said they realized something had gone wrong when they saw the woman clenching her belly and the crossbowman disappeared backstage.

Others, however, thought it was part of the act.

“I thought it was some kind of joke,” audience member Martin Duvemark told the Expressen newspaper.

“Another female artist who was singing just continued to sing so we didn’t really understand what had happened,” he added.

The police confirmed that the woman had been shot and told the Aftonbladet newspaper that the incident would be treated as a work place accident unless other, contradicting, details emerge. 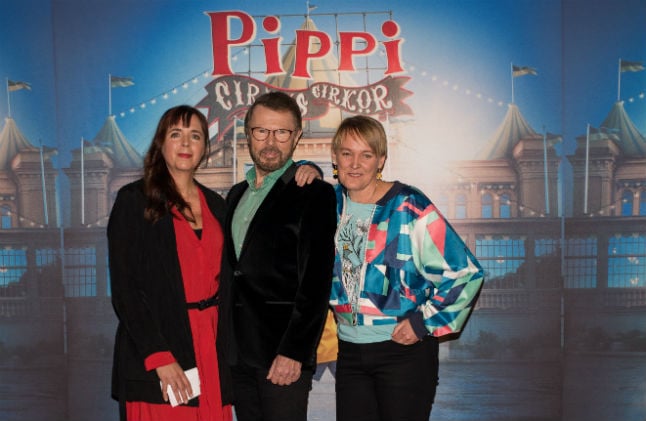 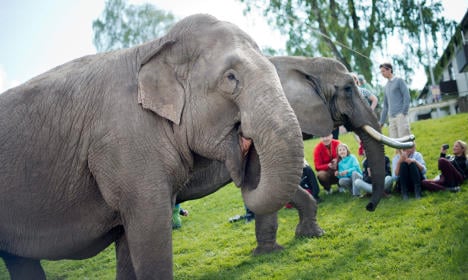 Abba lyricist Björn Ulvaeus, together with Circus Cirkör Artistic Director Tilde Björfors, (left) and screenwriter Maria Blom (right).
Abba lyricist Björn Ulvaeus and Stockholm contemporary circus company Cirkus Cirkör on Friday announced 'Pippi at the Circus', a show that will combine song, dance and circus performance.
At a press conference, Ulvaeus said that the show would include many of the most loved characters created by the children's authort Astrid Lindgren, with auditions for the role of Pippi herself expected to take place within weeks.
“Mrs Prysselius (Prussiluskan) will of course play a role and the police officers Kling and Klang of course,” Ulvaeus said, according to the Dagens Nyheter newspaper.
Ulvaeus said that his old songwriting partner Benny Andersson planned to adapt Cirkus Finemang, an instrumental he wrote for his Benny Andersson Orchestra, and would also contribute some other tunes from his back catalogue.
“There will definitely be some new songs as well,” he promised.
The show would follow a different plot to Astrid Lindgren's existing circus story, 'Pippi goes to the Circus', Ulvaeus said, with screenwriter Maria Blom hired to write a new script.
Some of the characters from Lingdren's circus story, such as the strongman Starke Adolf (Strong Adolf) would make an appearance, however.
Two years ago, Ulvaeus bought the Cirkus Stockholm building and its premises on Djurgården, the Stockholm island housing museums, the Skansen zoo, and the Gröna Lund funfair.
He said he had developed the Pippi show as a way of using the circus space during the summer, when it has previously been closed.
READ ALSO:
SHOW COMMENTS 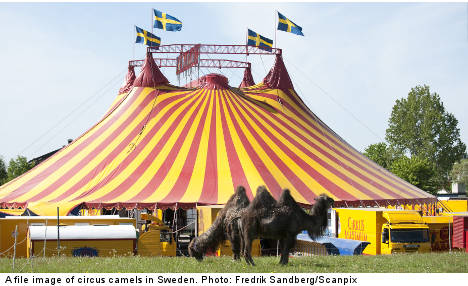 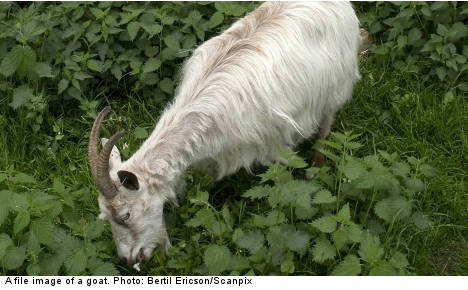