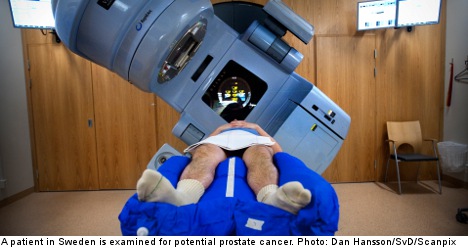 Tolvan Tolvansson (tolv means “twelve” in Swedish) is constantly ill and pops up at hospitals and clinics across the country.

At one point, he was both pregnant and suffering prostate cancer, medical journal Dagens Medecin reports.

Tolvansson has also been pronounced dead on numerous occasions.

Yet he is a completely fictional character, made up for health care staff to learn their way around different databases.

He never really posed a real problem until this week, as his fictional birthday looms – December 12th, 2012.

At first, the Tax Agency did not believe reports of the fictive patient whose personal identification number (personnummer) is 121212-1212.

All Swedes are assigned a number by the agency at birth – a combination of their birthday (year-month-day) followed by four additional digits.

Upon learning of Tolvansson’s existence and his impressively poor health, the Tax Agency scrambled to erase 1212 as a possible add-on for ID numbers assigned on Wednesday.

“If we hadn’t blocked it, a newborn could have ended up with a load of incorrect health information tied to their ID number,” Tax Agency spokesperson Ingegerd Widell told Dagens Medicin.

Having averted this year’s potential mix up, the agency officials will not have to intervene in another potential case of mistaken identity for another century.