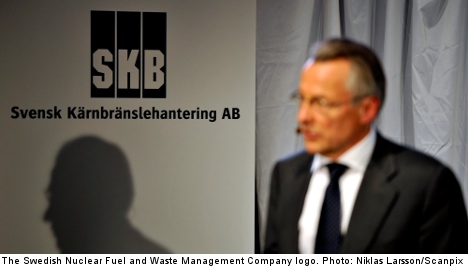 Cement walls are cracked in two of ten waste pools at the Clab storage facility, which is run by the Swedish Nuclear Fuel and Waste Management Company (Svensk Kärnbränslehantering, SKB).

SKB must now look into whether the pools still live up to safety requirements and report back to the Radiation Safety Authority.

The main aim at the interim storage is to make sure no water nor gas can leak out, the statement pointed out.

One security requirement details that any cracks on the inside of the pools not be wider than 0.4 millimetres, the agency noted in its report.

It is the second time in less than a week that the Radiation Safety Authority has wagged its fingers at the Oskarshamn nuclear plant.

On December 6th, 2012, it ordered the temporary closure of one of the three reactors.

The plant operator was told to put one of its diesel generators through a 48-hour test run, the statement read. There was no immediate danger, it added.

“The power supply to the reactors is extremely important. This was one of the main problems at Fukushima,” safety inspection chief Leif Karlsson told the TT new agency.

“If you don’t have this system running, you cannot add water to the reactor.”