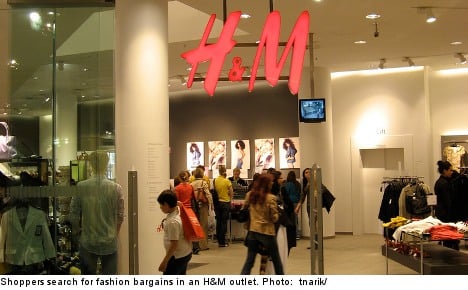 H&M, the world’s second-largest fashion retailer, is one of more than 100 companies that have signed a global pledge in the past year promising “not knowingly” to use Uzbek cotton in their clothes, but campaigners said they want it to do more.

“We want to know what’s behind that pledge, what steps have companies taken to actually ensure that Uzbek cotton isn’t in their supply chain,” said Joanna Ewart-James, program coordinator at Anti-Slavery International, a British rights group.

“The problem is this practice of forced labour is happening in cotton fields that are many steps removed from the final garment, so it’s quite difficult to knowingly know what’s going on in your supply chain.”

“So you’ve got to put in vendor agreements that say ‘Uzbek cotton cannot be used in our products’, and some kind of system for actually saying where the cotton comes from.”

Ewart-James said that during discussions over the past two months, H&M had declined her group’s request to put the ban on Uzbek cotton into written contracts.

“That is what we were asking them to do, which they weren’t willing to do,” she told AFP.

H&M insisted, however, that its commitments on cotton had been communicated to all its suppliers.

“Every company with cotton in its products has a clear responsibility to find ways to avoid cotton from Uzbekistan in their supply chain,” it said in a statement.

“The challenge is to trace the cotton back to its source. For H&M, traceability is therefore the main focus as it tells us exactly where the cotton comes from.”

“This is why we have set the target that all cotton in our products shall come from more sustainable, fully traceable, sources by 2020 at the latest.”

Anti-Slavery International has called on a string of British high-street chains to stop using Uzbek cotton, too, with Spanish giant Zara – whose parent company, Inditex, is the world’s largest clothes retailer – being one of the latest to sign up to the global pledge.

Uzbekistan has long been accused of using forced labour in its cotton-growing industry, which is one of the world’s biggest.

In 2008, the country banned child labour in its cotton fields after coming under pressure from importers in the United States and the European Union.

But activists say forced labour, including children, has continued in Uzbekistan. The Uzbek government denies this, saying last year that such accusations were “mendacious insinuations and fabrications”.

PARTNER CONTENT
Have you tried these weird and wonderful British foods?