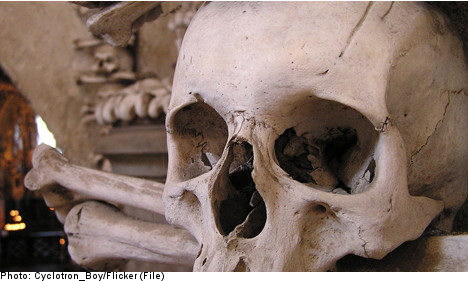 An indigenous rights group asked the university to return the skulls, which arrived in Sweden in 1884 aboard the royal frigate Vanadis.

Vanadis had stopped in Tahiti and in the Marquesas Islands in French Polynesia. Swedish ethnographist and archaeologist Hjalmar Stolpe was among those on the voyage.

She said the university, which was approached by a Polynesian association, had recommended to the Swedish government that the skulls be returned.

The state must decide on the bones’ fate, as it is technically the owner.

Sundström said the skulls were taken as part of research into the difference between races.

“Many researchers simply had an interest in other people and cultures. But this wasn’t done in a good way,” she said.

In recent years, several Western institutions have returned artefacts to the countries from which they were collected.

In June, Germany returned a 600-year-old mummy to Peru, and last year it returned 20 skulls to Namibia.