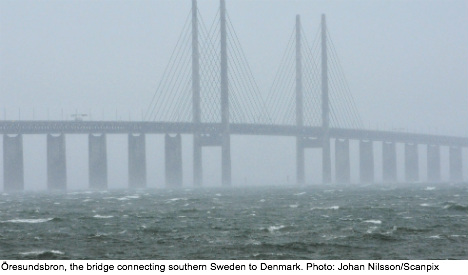 In Copenhagen’s central station, thousands of Swedes step off the train each morning to head for jobs that many say they could not be found on the Swedish side of the border.

Although the workers come from different backgrounds, many from the immigrant-rich city of Malmö, they agree on one thing: being hired in Denmark is easier than in Sweden.

“Here you could just talk to the employers to see if they were hiring. In Sweden it seemed like you needed more contacts to find a job,” said Denny Crona, a 25-year-old sales clerk in the Copenhagen airport who has been making the 30-minute commute for more than four years.

The Danish model of mixing flexibility for employers, who can hire and fire personnel easily, with social security for workers, was credited with virtually eradicating unemployment in the Nordic nation, before the financial crisis hit.

The system differs markedly from those in neighbouring Sweden and Germany, where terminating an employee is often expensive and cumbersome.

If workers who lose their jobs receive generous benefits and are offered courses and training schemes that help them improve their skills, they will be less inclined to demand a high level of job security, the Danish argument goes.

Italian lawmakers looked to Denmark earlier this year before passing legislation that would make it easier to fire workers while also making employees eligible for a modernized welfare scheme.

But back in Copenhagen, politicians are trying to tailor flexicurity to a new reality of sluggish growth and rising unemployment in the wake of a property market crash that has shaken the country’s banking system.

With unemployment at 7.7 percent of the workforce in the third quarter, Denmark is scrambling to find jobs for thousands of people whose unemployment benefits are set to expire.

The period when a person is eligible for the country’s famously generous job seekers’ allowance was halved in 2010, scaled back to two years from four years, by the previous centre-right government. It rolled back a crucial “security” component of the system.

Trine Bramsen, a member of parliament for the ruling Social Democrats, admits that budget cuts means flexicurity is facing challenges. Yet she claims statistics show that most of the people who previously found a job towards the end of the four-year benefits period are now doing so after less than two years.

“As Danish social democrats, we don’t believe it’s in a person’s best interest to spend a long period of time outside the job market,” she said.

“We would rather offer these people the opportunity to retrain as something else.”

To that end, the government has said that anyone whose benefits are about to expire will be able to extend them for another six months on the condition that they apply for training that makes them more employable in the future.

The opposition claims it is merely trying to cover up a failed jobs pact between the government, local governments and private employers.

In October, the government struck a deal with the Confederation of Danish Employers to create 12,500 jobs that would be earmarked for those who have been unemployed for two years and who are about to “fall out of the system” of generous benefits, Bramsen said.

So far, that effort has fallen short of its target, with not a single job vacancy being earmarked for the long-term unemployed in many parts of the country.

However, Danish unemployment might have been even higher than it is today if it weren’t for flexicurity, argued Soeren Kaj Andersen of the University of Copenhagen’s Employment Relations Research Centre

In other countries, it would have been more difficult for those losing their jobs to be matched with a new one, he added.

But Martin Ågerup, the managing director of free market-leaning think tank CEPOS, said there was little evidence to suggest that high spending on unemployment benefits and professional training was needed to achieve those outcomes.

The UK has had a high level of labour mobility and, historically, a relatively low unemployment rate, but without Denmark’s high level of public spending, he noted.

“There is nothing to suggest that you can’t make changes to one parameter (benefits) without the other parameter (labour mobility) changing,” he said.