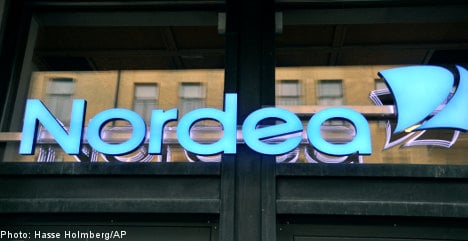 “We’re working as hard as we can to solve it,” Nordea spokesman Ragnar Roos told the Aftonbladet newspaper.

The cash flow appears to have been cut far and wide in Sweden as many return to work while others headed out into the throng of the post-Christmas sales.

“I’m sitting at work now after the Christmas holidays and want to pay my bills for tomorrow, and as usual I can’t get in contact with the service,” complained one Aftonbladet reader.

“This happens much too often and isn’t good enough.”

Nordea explained that the problems stem from their online service.

“We have disruptions in our online system. We’re looking into what may have caused the problems and solving it as fast as possible,” Roos told the paper.

He added that the bank will refund any customers hit by additional fees and charges.

Customers have complained of being unable to pay bills online, withdraw cash or pay with card.

Roos insisted that the problem was only a glitch due to “disruptions and sluggishness” in the online system, promising a more detailed prognosis later on Thursday.