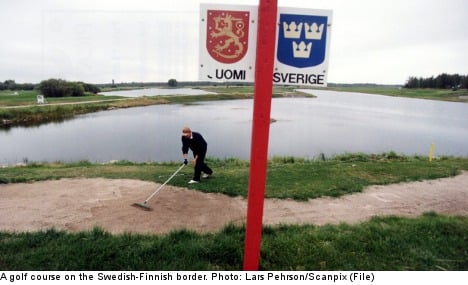 Half a million of Sweden’s 9 million inhabitants either speak Finnish or come from Finnish-speaking families, said Katarina Popovic, head of development at the Unit For Minority Affairs at Stockholm County Administrative Board (Länsstyrelsen).

Finnish was classified a minority language alongside Sami, Romani and Yiddish in 2010 after Sweden ratified two European Union conventions that sought to protect and to promote minorities and their languages.

It is of acute concern for many elderly Finnish-speakers, Popovic told The Local.

“Some lose their Swedish even though they’ve lived here for many many years, so in these cases we are talking about a very acute need as a person to be able to make yourself understood,” she said.

The municipalities of Borlänge, Enköping, Finspång, Luleå, Motala, Sandviken, Uddevalla and Örebro have been added to the 40 places where authorities currently have to offer services in Finnish to residents.

“Previously speaking Finnish wasn’t encouraged by the authorities,” said Popovic. “These laws are rights-based, not needs-based, so even if you speak Swedish you can ask for contact with public servants to be in Finnish.”

Finnish was at first offered only in seven municipalities in northern Sweden, with some also required to offer Meänkieli and Sami.

“Then after some criticism from the European Council, Sweden rewrote parts of the law and extended its reach in 2010,” Popovic said.

The government decided just before Christmas that eight more municipalities had to give their residents the option of communicating in Finnish as well as offer their children the right to study in their mother tongue.

The state compensates the municipalities for the cost of offering minority language services.

“There have always been Finns in Sweden, since the Middle Ages, not to mention that Sweden and Finland were one country until 1809. We have a lot of shared history,” Popovic noted.

When turning the EU directives on minorities and minority languages into law, Sweden set several qualifying criteria. The groups had to have been in Sweden for more than a century. And the group had to retain a sense of community cohesion.

“Of course it was a process with a lot of discussion and debate. The Sami, who are considered a native people, and Jews aren’t big groups, there are many more recent immigrants who make up bigger groups,” Popovic noted.

“Then there have been big immigrant groups in the past, such as the Walloons, who no longer speak their language.”