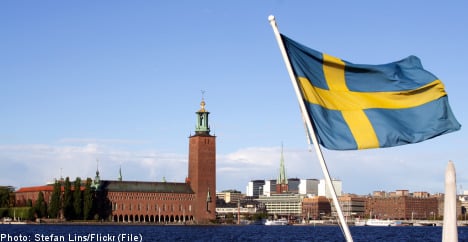 A new study by Swedish software engineer Johan Gunnarsson shows that the most read Wikipedia article in Sweden is the one dedicated to the country itself.

The study includes data on the 100 most read articles in each of Wikipedia’s international editions.

Swedish singer Loreen, who shot to international fame after winning the 2012 Eurovision Song Contest, took the second spot on the Swedish list, while notorious US bank robber John Dillinger came in third.

Dillinger was the subject of the 2009 film Public Enemies, starring Johnny Depp.

Apart from Loreen, footballer Zlatan Ibrahimovic is another famous Swede who made into the Swedish top 10 list, along with DJ group Swedish House Mafia, who came in seventh.

Canadian pop star Justin Bieber made the Danish and Norwegian top 10s, but was trumped by British boy band One Direction, who appeared in the Swedish, Danish, English, Spanish, French, Portuguese and Italian lists.

Other topics that interested Swedish Wikipedia readers in 2012 were the USA, the Swedish movies about fictional police officer Johan Falk, Wiki-pages and the Second World War.

Not a single person made the top 10 list of articles for the English-language edition of Wikipedia, though One Direction came fourth, with more than 22 million page views.

That was still far behind the number one article, about Facebook, which has been read over 32 million times.

Gunnarson’s data was published as part of his Wikitrends project which collects visitor traffic stats for Wikipedia’s different editions on a daily, weekly and monthly basis.