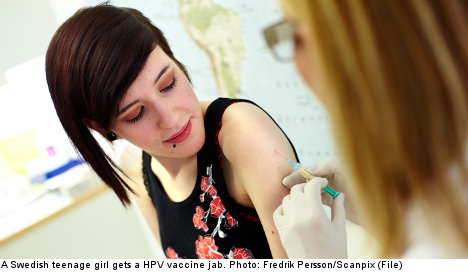 A review by the Svenska Dagbladet (SvD) newspaper shows that the Board did follow its own 2005 transparency rule where experts have to declare any potential conflicts of interests (jäv).

Yet, the expert group assembled in 2006 to discuss whether to give Swedish teenage girls access to a human papiloma virus (HPV) vaccine, which can protect women from cervical cancer later in life, still included three members with clear ties to commercial actors.

“Being open about potential conflicts of interests is not enough,” Nils Blom, head legal councillor at the Swedish Institute for Communicable Disease Control (Smittskyddsinstitutet), told SvD.

“Every state authority then has to make a judgment about how strong those ties are and how it affects its impartiality.”

In the end, Sweden bought the vaccine, given to 12-13-year-old girls, in a deal worth more than the entire national vaccine program at the time, according to SvD’s calculations.

SvD reported that there was very little documentation from the discussions of the expert group. The reporters could not get hold of agendas or minutes from the meetings.

One member has ties to the vaccine company Merck, while his wife is a Brussels lobbyist working with the issue of cervical cancer.

Another expert, a paediatric professor, has given lectures to industry actors for more than two decades.

The third person highlighted by SvD’s review work for Smittskydsinstitutet but gets 25 percent of her income from a whooping cough project that is financed by vaccine companies.