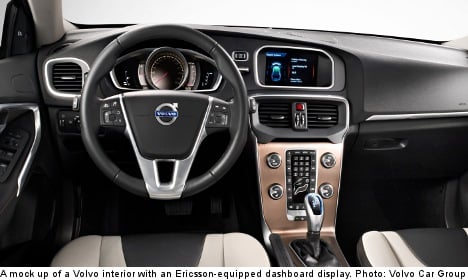 “The figures were much higher than I ever expected,” Michael Axelsson, deputy chair of the Swedish Assocation of Driving Schools (Sveriges trafikskolors riksförbund), told the Svenska Dagbladet (SVD) newspaper.

As part of an extensive review, SVD surveyed female students at Stockholm University and found that one in seven said their driving instructor had subjected them to sexual harassment.

Several readers contacted the newspaper after it published the finding.

“I immediately recognized the comment that the gear stick looks like a penis,” wrote one woman who took driving lessons when she was 19 years old.

Another reader wrote to say that her instructor used to say she could have free lessons at night, another that her teacher would ask her questions about her sex life.

Most readers felt that because they were so young when they were practicing for their driving test, they did not yet know how to draw boundaries or stand up to the authority figure.

The Driving Schools Association was already drawing up new guidelines, but has decided to speed up the work.

The new code will look at everything from appropriate language to how the instructors should dress and if it is ever permissible to touch a student.

The new etiquette rules will also give advice on how to act if you run into your student socially or if they try to add you on Facebook, SVD reported.