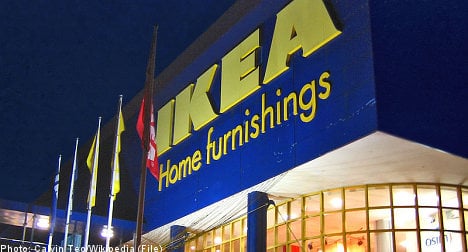 Two months ago, the Foreign Investment Promotion Board rejected 15 of Ikea’s 30 product lines, including food and textiles, underscoring the regulatory hurdles faced by foreign stores hoping to enter the Indian market.

But late on Monday, commerce minister Anand Sharma said that the investment board had cleared the plan.

“This is a positive development,” Sharma said.

“The government is committed to playing a constructive role in encourage foreign direct investment.

Ikea had told the Indian government the company must be allowed to retain its “global model” in India, retailing all of its products and running its in-store restaurants as it does in every country where it has operations.

Reacting to the announcement, Ikea said the clearance of its proposal by the foreign investment panel “as per the Ikea concept” was “an important milestone in the application process”.

“We consider this as a very positive development,” Juvencio Maeztu, Ikea country manager, said in a statement.

“We are now waiting for approval from the cabinet and subsequently a notification so that we can initiate the process of establishing Ikea stores in the country,” Maeztu said in a statement.

Clearance from the Indian cabinet was expected to be forthcoming after the commerce minister said late last month that “we accept their global model” and “we see no reason why their global model has to be changed in any manner.”

Ikea’s entry into India — it has pledged to invest $1.9 billion in coming years — is being closely watched as a test case for how a large foreign corporation negotiates India’s byzantine rules and red tape.

The government in September announced a string of pro-market and investor-friendly reforms that relaxed or removed barriers to foreign retailers.

Ikea, which submitted its application last June, hopes to open 25 of its stores in India through a 100-percent owned unit, Ingka Holding, as part of a wider push into emerging markets such as China and Russia.

Ikea, which in 2009 scrapped plans to enter the market due to regulatory concerns, says it has a “long-term vision” for India and sees huge potential in its burgeoning middle class.