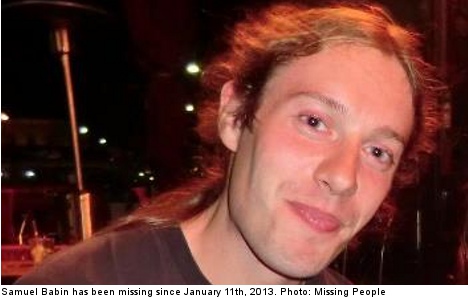 The student, Samuel Babin, was found dead in a wooded area in Karlskrona just after 8pm on Wednesday.

“Samuel Babin was found dead yesterday night by the Blekinge Police dog patrols,” the police wrote in a statement.

“There is no longer any suspicion of any criminal activity.”

Babin was last seen on January 11th at the Blekinge Institute of Technology and his mysterious disappearance led officers to suspect he was kidnapped.

“He’s a nice and easygoing guy who has a lot of friends,” one friend told the Expressen newspaper on Tuesday.

“I don’t think he had any enemies.”

Police launched a search party in the area together with the Missing People organization.

The body was identified late on Wednesday night, and Babin’s family has been notified.

“Our thoughts are with the relatives, rest in peace Samuel,” wrote Missing People in announcing on their Facebook page that the case had been closed.

Babin’s disappearance and death is not the first time a foreign student enrolled at the Blekinge Institute of Technology has gone missing and later been found dead.

His body was discovered in early April in a river flowing into Ronneby harbour.