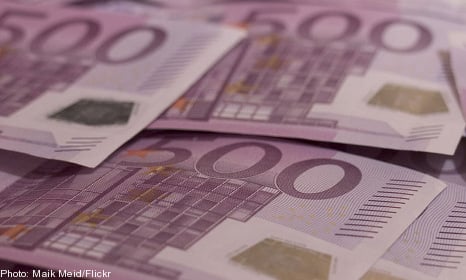 Friday is the 13th draw for the EuroJackpot, but it will prove lucky for some.

The jackpot has grown to a new record size after twelve rollovers, prompting a forced payout by the organisers.

At Lottoland.com, players can already preview the EuroJackpot lottery and purchase tickets for the 29 million euros draw.

Players from Sweden need not wait until next week when the EuroJackpot goes on sale at home, giving them chance to take part in Friday’s grand draw.

The following draw on February 1 will amount to the minimum 10 million euros after the forced payout.

The current record for a EuroJackpot payout stands at 26 million euros, won by a lucky German player in August 2012.

It’s worth noting that while the odds of winning the grand prize of the EuroJackpot are approximately one in 59 million, the EuroMillions odds are considerably longer at one in 117 million.

With 245 million residents in the expanded EuroJackpot countries, it’s only a matter of time before the EuroJackpot overtakes the EuroMillions lottery in terms of jackpot sizes and millionaires made.

Lottoland players can rest easy and follow their lottery dreams, safe in the knowledge that their jackpot winnings are fully underwritten and guaranteed.