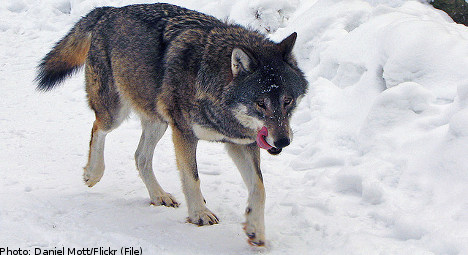 The Swedish Environmental Protection Agency (Naturvårdsverket) has authorized the killing of 16 wolves in specific territories in a hunt that starts on Friday and ends on February 17th.

The most recent estimate a year ago put the overall number of wolves in Sweden at around 270, spread out in about 30 packs, though those numbers have most certainly risen since then.

The agency announced on Wednesday it had allowed a “selective and targeted hunt of inbred wolves as a step towards reducing inbreeding and having a sustainable, healthy wolf population”.

“A selective and targeted hunt is the only method that can reduce the level of inbreeding in the short term,” it said.

Wolves are considered a protected species in many parts of Europe, and Swedish environmentalists decried the hunt as illegal and said it could hurt the wolf population.

“We don’t agree that the hunt would help sustain the wolf population. The population is not big enough for a hunt of this size,” he told Swedish news agency TT.

The Djurskyddsföreningen, WWF and Rovdjursföreningen (Swedish Predators Association) have together appealed the decision to Stockholm’s Administrative Court.

The agency stressed that the “selective and targeted” hunt for 2013 was not the same as the licensed hunts in 2010 and 2011.

“This is not a normal licensed hunt,” EPA director Maria Aagren told TT.

But EU officials told Swedish media they were watching the situation closely to determine whether to take Sweden to the European Court of Justice.

In January 2011, the Commission reprimanded the Scandinavian country for its wolf hunt.