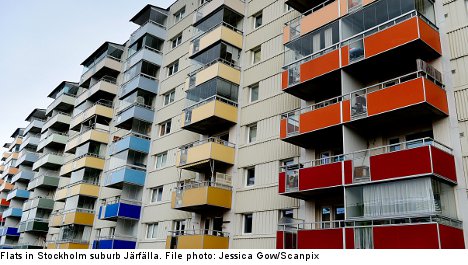 “The 20 best towns have more immigrants than average, that is to say 14.4 percent. There is no tendency whatsoever for towns with high numbers of immigrants to have worse results than others,” said Stefan Fölster, head of the Reform Institute which published the new report.

In a debate article in the Dagens Nyheter daily, Fölster pointed out that central Sweden has regions where unemployment, welfare-dependency and private credit problems are close to the levels of Greece and Spain.

Fölster noted that many of these areas also have lower levels of immigration.

“In actual fact the integration problems which are commonly associated with immigrant areas are at least as common in areas which have fewer immigrants,” Fölster.

Fölster exemplified Munkfors in central Sweden where youth unemployment tops 36 percent, and Töreboda in western Sweden where 21 percent are subject to Enforcement Agency (Kronofogden) orders for non-payment of debts.

The development index used in the report is based on the UN Human Development Index with 18 different categories adapted to Sweden.

Several areas of Sweden which have significant immigrant populations performed well in the index, including small regional towns such as Älmhult and Mullsjö in southern Sweden.

Furthermore the survey indicated that mental health problems, caused for example by depression and bullying, are less common among 16-year-old’s living in areas with above average numbers of immigrants.

Fölster argued that the surprising results indicated that the debate about Sweden’s social problems needs to be broadened from its immigrant focus.

“A pseudo-debate about the effects of immigration is allowed to hide the fact that Sweden has large and growing social problems in areas with few immigrants.”

Fölster, who was previously employed as chief economist at the Confederation of Swedish Enterprise (Svenskt Näringsliv), proposed a range of measures to address the “high thresholds and the lack of enterprise” that exists in many areas.

Some of these areas are post-industrial towns where factories have closed shop and the population has moved away to larger urban areas, such as Söderhamn in northern Sweden.

Fölster however argued that there are several successful examples of regeneration in towns which suffered a similar fate, such as Åtvidaberg and Hallstahammar in central Sweden.

The report observed that the problems in many Swedish towns are caused by a number of mechanisms, including falling property prices, high construction costs and poor competitiveness on the wage market.

Fölster also argued that the Swedish system of municipal equalization in which tax revenues are re-allocated from richer to poorer areas, is negative for growth in poorer localities.

He furthermore called for a more open and honest debate on the challenges facing many deprived areas of Sweden.

“Sweden’s political parties are very reluctant to discuss these fundamental mechanisms, which has opened a pseudo-debate about the impact of immigrants.”

IDENTITY CARDS
EXPLAINED: How a new Swedish law could give more foreigners BankID

DISCRIMINATION
‘No such thing as race’: why Sweden’s colour-blind approach is failing
Url copied to clipboard!