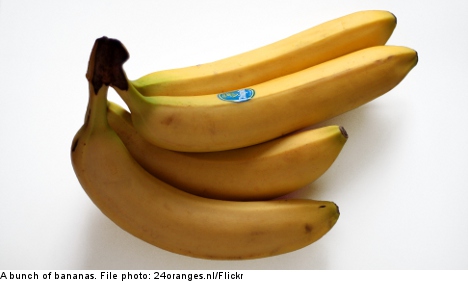 Man charged with spying on refugees in Sweden

The 44-year-old man was arrested in Örebro, central Sweden, in May last year.

Between 2010 and 2011, the man had collected information “secretly and fraudulently” about Rwandans living in Sweden, prosecutor Ronnie Jacobsson said.

The man spied on dissidents including journalists, writers, and those active in Rwandan associations.

According to prosecutors, the 44-year-old had been “given the mission from high-ranking military officials in Rwanda to gather information about dissidents’ political opinions, including where they live in Sweden, their telephone numbers, and other background information”.

He then coded the intelligence before sending it back to representatives of the Rwandan regime, prosecutors claimed, based on evidence gathered from intercepted phone calls between the 44-year-old and Rwandan representatives.

Prosecutors believe messages about bananas were part of the man’s tradecraft.

“The man who eats bananas will guide you,” was said in one telephone conversation.

“Go to the place to meet the man who will eat a lot of bananas. Focus on the bananas,” was other instruction to the 44-year-old suspect.

“Tomorrow I’m going to look for the banana market, but I don’t have enough oil,” he wrote in a text message.

The man claims, however, that he was interested in importing bananas.

“He denies what has been said, but I haven’t had time to analyze the indictment closer and can’t give any further comments,” the 44-year-old’s lawyer Magnus Arntell told TT.

The man risks up to four years in prison, with the prosecutor aiming to have him deported from Sweden.

The man was held on remand for two months last year, and upon release was prevented from leaving the country.