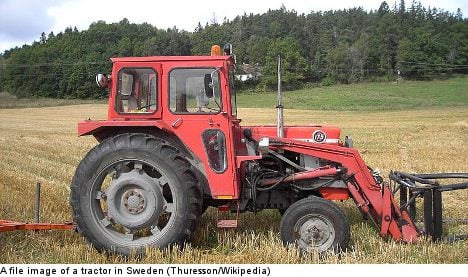 Agricultural subsidies will take the biggest share of the European Union’s budget to 2020, despite a 13 percent drop in future agricultural spending, under a deal struck by EU leaders this week.

France and other major farming nations thwarted attempts by Britain and its northern European allies to shift a greater share of EU spending towards new measures to boost growth and jobs, reported Reuters.

Many Swedish politicians and lobbyists worried that the subsidies would be slimmed-down even more.

“I was afraid that it would be even worse, but it is still not good,” Ulf Holk, a Green Party MP, told the TT news agency.

He is particularly disappointed that the direct subsidies, which he labelled “outdated”, will not be reduced and that the EU’s Rural Development Programme will not get the support it needs.

Swedes have criticised the direct support initiatives that are based on how many hectares an agricultural property spans and are aimed at strengthening European agriculture against international competition.

The Rural Development Programme focuses on boosting employment and on developing the environment and rural areas in their entirety.

The Social Democrats’ economic spokeswoman, Magdalena Andersson, was not happy about the outcomes of the budget negotiations, either.

“I would rather have seen that the money that goes straight to passive agricultural assistance was radically reduced, but there are other countries that feel strongly about going in a different direction,” said Andersson.

Whether or not domestic funds will make up for the money lost as a result of the EU cuts is far from clear at this point.

Thomas Bertilsson of the Federation of Swedish Farmers (Lantbrukarnas Riksförbund) hopes that the government will cover the difference.

“Ultimately, it is a pretty substantial reduction. It affects both the countryside and the environment,” said Bertilsson.