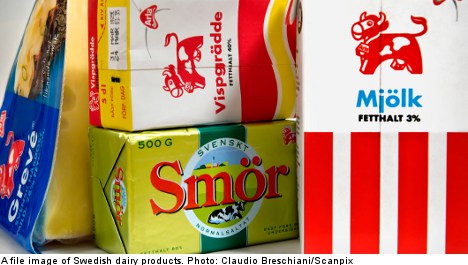 Women at the highest risk are those who take calcium supplements in addition to consuming too many calcium-rich foods and beverages.

The new calcium consumption concerns have come to light from a study carried out by researchers at Uppsala University and Karolinksa Institutet, the Upsala Nya Tidning (UNT) newspaper reports.

The study found that consuming too much calcium (more than 1,400 milligrammes per day), or too little (less than 600 milligrammes) increases the risk that women die early compared to women who consume recommended levels of calcium.

“Our results further support that not only low, but also a high daily intake of calcium can have negative health effects by disrupting how the body normally regulates the balance of calcium,” professor Karl Michaëlsson of Uppsala University’s Clinical Research Centre (UCR), told UNT.

The study, published in the British Medical Journal, involved 61,000 women in Uppsala and Västmanland County in central Sweden who answered questions about their eating and drinking habits on two occasions, eight years apart.

Moreover, mortality rates were highest – two to three times higher than normal – among woman who took supplements, although researchers found no link between calcium supplements and increased mortality for women who consumed less than 1,400 milligrammes of calcium per day.

The connection between high calcium intake and mortality primarily involved cardiovascular disease, however researchers didn’t find any connection to strokes.

“If you have a normal and varied diet, you end up getting enough calcium and don’t need extra calcium supplements,” said Michaëlsson.