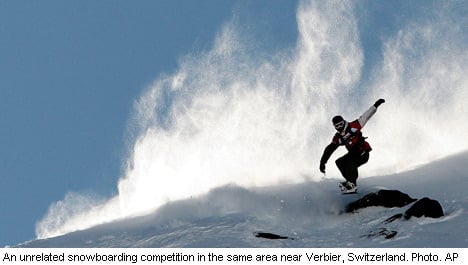 The Aftonbladet newspaper reported that the avalanche took place between Verbier and Nendaz about 2.30pm on Wednesday.

The foreign ministry has confirmed the accident.

“We have received information about a Swede in his twenties dying in an avalanche,” said spokeswoman Camilla Åkesson-Lindblom to the newspaper.

According to the Swiss newspaper 24Heures, the Swede was in a group of four skiers who decided to go off-piste on the “Plan du Fou”, at a height of 2,500 metres, when the accident happened.

It was one of two avalanches in the same area of the Swiss mountains on Wednesday, with the first one affecting six local skiers and injuring two of them in the morning.