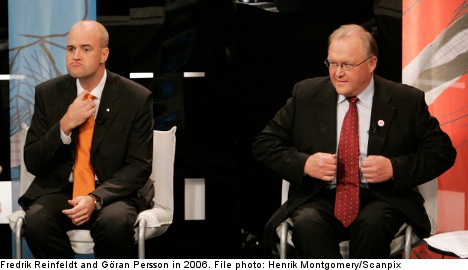 While incomes have increased at all levels in Sweden since 2000, the increases have been greater for wealthier Swedes, according to a new report from Statistics Sweden (SCB) which examines Swedes’ standard of living.

According to SCB, a low standard of living, or low economic standard, is defined as having a disposable income lower than 60 percent of the median value of the overall population. In 2011 the median value was 210,200 kronor ($33,000).

Commenting on the figures, Reinfeldt was quick to lay blame on his Social Democrat predecessor as prime minister.

He added that the government has implemented a number of redistributive policies, including raising housing supplements for pensioners and families with small children.

Reinfeldt added that he’s open to considering additional redistributive measures to help single parents as the current regime of in-work tax credits (jobbskatteavdraget) may not be sufficient.

According to SCB’s figures, Swedes overall standard of living in 2011 was 40 percent higher than it was in 1999.

The youngest Swedes have also seen their standard of living increase by more than Sweden’s elderly. For those under age 20, the increase was 46 percent while those age 75 and above had an increase of 26 percent.