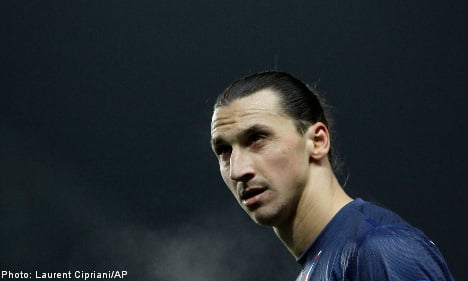 “Sure, the Bundesliga would appeal to me. One day, perhaps. I still have a bit of time left,” the 31-year-old Paris Saint Germain (PSG) striker told German magazine 11Freunde.

“Obviously, if I go to Germany, then I go to Bayern Munich.

“For me they are in the top five clubs in the world.”

Ex-Barcelona coach Pep Guardiola has signed a three-year deal to take over as Bayern coach on July 1st and it seems unlikely Ibrahimovic will be heading to Munich anytime soon after the pair failed to see eye-to-eye during the Swedish striker’s single season at Barcelona.

Having played for the likes of Ajax, Juventus, Inter Milan, Barcelona, AC Milan and now PSG, Ibrahimovic said he is always interested in new places.

“I’ve lived in five countries, in Sweden, the Netherlands, Italy, Spain and now in France, I got to know the people and the culture. This has shaped me,”

Ibrahimovic joined PSG of France’s Ligue 1 from AC Milan in July 2012, signing a three-year contract for a reported fee of around €20 million ($24.5 million), with an annual salary of about €14 million.

MALMÖ
Zlatan’s statue to stay in Malmö despite vandalism