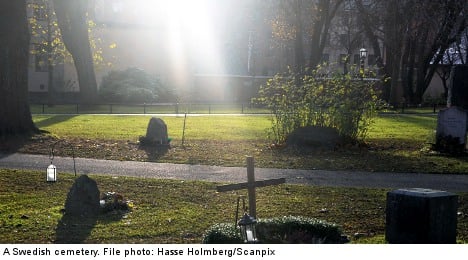 “Our dear daughter, sister, and friend has left us today in sorrow,” read the obituary, which was published in the Göteborgs-Posten newspaper (GP) last week.

The “dead” woman read the message herself and was left in utter shock.

“My surname is not so common, I’m the only one who has it. My first thought was that this couldn’t be happening and that I had to call my mother, but I couldn’t ring her because I knew I’d only start crying.”

The 35-year-old’s mother was inundated with commiseration messages throughout the day.

GP has now responded that for a person to send in an obit to the paper, the caller must prove that the subject of their message has actually passed away by providing a death certificate.

“I understand that people might get irritated, but we don’t want to end up in the same situation again,” Cecilia Krönlein, editor of GP, told Medievärlden.

Krönlein added that the call is most often confirmed by funeral directors.

It remains unclear why the woman was targeted by the people who wrote the obituary. The 35-year-old has reported the matter to police.