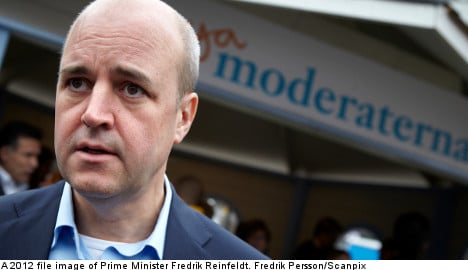 The Moderate Party commands the support of 28.8 percent of the electorate, according to Svensk väljaropinion and published by Sveriges Radio.

Support for the Moderates fell by 1.5 percentage points to 28.8 percent in the summary of polls conducted by Demoskop, Novus, Sifo, Skop and Ipsos in February.

The party however played down the significance of the drop in support which comes 18 months ahead of the next general election.

”This is a rather small change and we’ve seen this kind of opinion rating all autumn,” said party secretary Kent Persson to Sveriges Radio.

The Social Democrats remained the largest party with 32.1 percent.

The governing Alliance is backed by 42.2 percent of voters while the opposition red-greens lead with 47.6 percent.

The Sweden Democrats make up the difference, climbing to 9.6 percent which is the party’s highest figure in this particular collated poll.