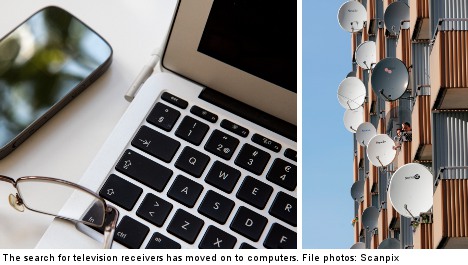 Call staff employed by Radiotjänst, the state agency that collects the fees that fund Swedish public service broadcasting, are making an increased push to make Swedes cough up the 2,076 kronor ($320) annual fee for ownership of a television receiver.

However not all of Sweden’s residents are pleased with the agency’s methods in contacting potential licence payers.

“Calling on a Saturday night is no good at all. It’s almost uncomfortable that they call on the weekends,” Kari Hiltunen told the Aftonbladet newspaper after answering a call from a hidden number at 6.30pm on a Saturday.

“They should leave people alone on weekends.”

Radiotjänst has pulled in 12 million kronor in the past two months thanks to 6,000 new licence payers, following the agency’s push to target Swedes using computers, tablets, and smartphones to stream television.

The CEO of Radiotjänst, Carl-Gustav Johansson, confirmed that the company may call up until as late as 7pm on Saturdays and 8pm on Sundays, but that he saw no invasion of privacy in such timeframes.

“It’s a question of values,” he told the paper.

“We don’t think it’s crossing the line to call at half past six on a Saturday night.”

The Swedish TV-licence law has been in place since 2006, when it was stipulated that anyone who can access an entire TV channel on any device is required to pay the fee.

When private broadcaster TV4 put all their channels online in autumn last year, that law came into effect.