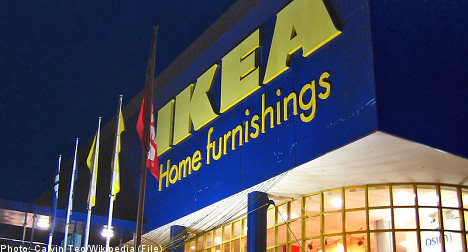 It emerged on Thursday that cake products sold in the cafeterias of Ikea stores in France had been found to contain intestinal bacteria.

“Up to 6,000 portions may have already been consumed,” Marie Taillard of France’s National Food Agency in Paris told the Aftonbladet newspaper.

Taillard said that the finding has been confirmed by Ikea and that further tests are being carried out.

“We need a deeper analysis and we’re looking into the situation across the whole of France,” she added.

“The most important thing is that no more cakes are left out on the shelves.”

Media in France, a country normally known for its high cuisine, has had a field day with the finding, with several news agencies referring to the delicacies as “tarte au caca Ikea” – or “Ikea shit cakes”.

Concerns about bacteria contamination prompted Ikea to ban sales of the cakes in 23 countries.

Ikea spokeswoman Ylva Magnusson told the TT news agency that two batches of cakes produced by Almondy in Gothenburg may be contaminated with the bacteria.

“They are produced for our restaurants, now for the Swedish Food Market,” she explained.

The product is not sold in Ikea stores in Sweden and Magnusson emphasized that the bacteria detected does not pose a health hazard and that eating the cakes will not make people sick.

Meanwhile, sausages sold at a Russian outlet of the Swedish retailer have been found to contain horsemeat.

While horsemeat is a legal ingredient in the country, it must be clearly stated on the food’s packaging.

Russian authorities have pointed the finger at Austria for supplying the meat in question.

There are 14 Ikea stores across the country and in the last week, sausages containing horsmeat have surfaced at two different outlets, according to AFP.

The tests revealing horsemeat in Ikea’s sausages were carried out by the company, according to Paulsson, who added that it remains unclear if Ikea will change suppliers.