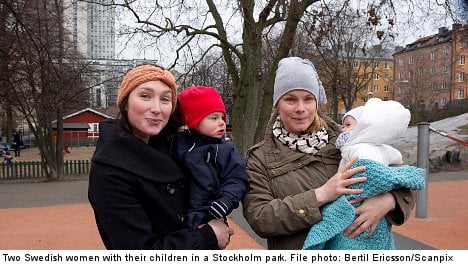 Women in Sweden take out 76 percent of all parental leave days, which new parents can split how they see fit.

The right to stay at home from work to care for a sick child (VAB) is also used more by women than by men. Sixty-three percent of all VAB days were taken by women.

The benefit payment that Swedes can take to care for a relative is also paid out in 73 percent of cases to women.

The social insurance agency said the differences were slowly being evened out over time, however.

“If the pace stays the same, it will be many years before the figures level out,” Laura Hartman, head of analysis at the agency, told the TT news agency.

The statistics from 2012 also showed that women were ill more often and would subsequently be off work for longer than any male colleague who fell ill.

Gotland island had the most equal statistics in Sweden, followed by Skåne and Östergötland counties.