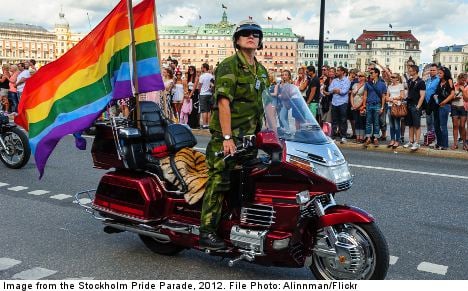 The guide ranked 128 countries according to their respective laws and local customs, with each nation scored across a board of 14 categories.

“In the new Gay Travel Index we include factors other than the current legal position for homosexuals”, explained editor-in-chief Briand Bedford in a statement.

“These factors are for example the state of gay marriage and adoption or the entry restrictions for HIV-positive people as well as religious influence on governments, the ban of Pride parades and specific marketing activities for gay and lesbian tourists.”

Sweden scored highest of all in the anti-discrimination legislation category – the only nation to be awarded a maximum three points.

Other categories ranked included the legalization of gay marriage, adoption, and the level of marketing aimed specifically towards the LGBT community.

The influence of religion, HIV-travel restrictions, as well as murders and death sentences against homosexuals, were other categories measured.

“We are very happy to hear that Sweden once again is considered a progressive, open and caring country – which is also an image of Sweden that we want to emphasize,” Bitte Olsson, Corporate Communication Manager at Visit Sweden, told The Local.

She added that the organization was turning towards target groups such as the US gay community to attract more visitors to the country.

“Sweden boasted more than 12.8 million bed nights in 2012 and there is great potential to increase it further if we turn to people who are keen on travelling and curious about Sweden and Swedish lifestyle,” she said.

“The Spartacus list helps us to build that attention for Sweden.”

The Spartacus Guide, based in Berlin, has been published annually since 1970.

Second place in the index was given jointly to Belgium, France, the Netherlands, and the UK.