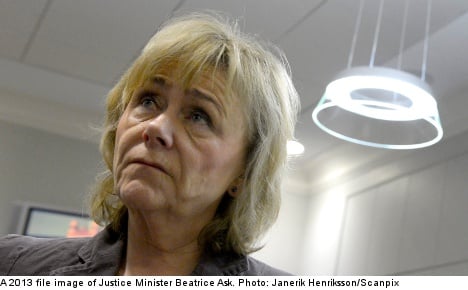 “Police should follow existing rules and laws. But those who don’t have a right to stay need to leave the country,” Ask said in a parliamentary debate on Tuesday.

Stockholm police have come in for criticism for targeting “foreign-looking” commuters on the city’s public transit system in an effort to track down and deport illegal immigrants.

The efforts have been carried out under the so-called Reva project, which stands for Rättssäkert och effektivt verkställighetsarbete (Legal and effective execution of policy).

Last week, Stockholm border police said they would stop asking commuters for identification, but Ask emphasized the importance of carrying out deportation orders.

“Sweden is one of the countries in Europe that accepts the highest number of asylum seekers and that gives the most people protection from violence and persecution,” she said.

“For that to be possible in the long term, people who have gone through a judicial review and been found not to be in need of protection need to leave the country.”

In response, Social Democrat Sara Karlsson questioned whether police should prioritize deportations when their clearance rate was so low for many serious crimes.

“At this point, the government is pushing the police to prioritize deportations, and that’s totally inappropriate,” she said during the Riksdag debate.

“There are many people who have told of being stopped because of their appearance. That’s racial profiling, discrimination plain and simple. It’s not only unpleasant, it’s illegal.”

Ali Esbati of the Left Party asked whether the government should be held accountable for how people who happened to have darker skin are treated by police.

Ask responded by explaining that people shouldn’t be subject to ID checks simply because they are brown-eyed or “speak oddly, that’s to say, not Swedish” but that border police have now stopped carrying out such checks in the Stockholm metro.

“But when a decision is taken those who don’t have reason to stay must go home, no matter how difficult it is. Otherwise we won’t have the ability to take care of those who have the right to stay,” the justice minister said. 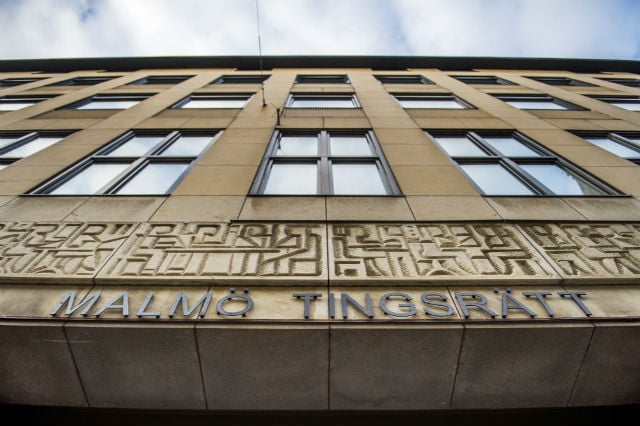 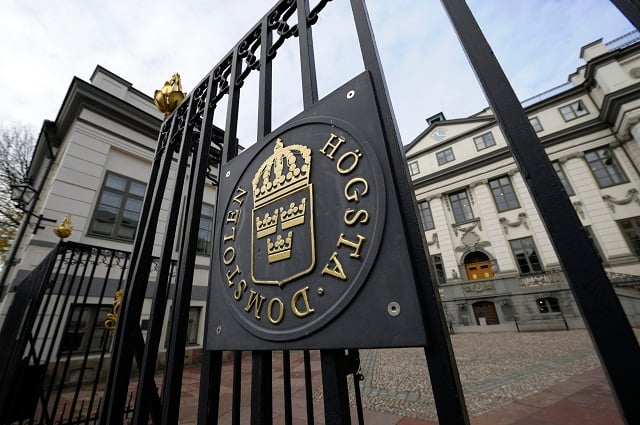