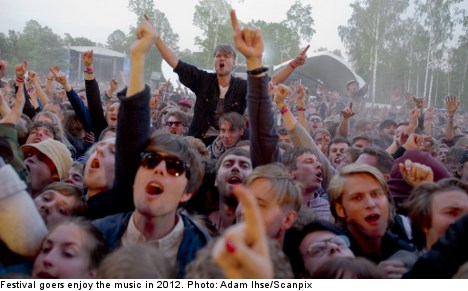 Festival-goers in Sweden should mark their calendars for June 13th-15th this year, but should also pay particular attention to the location details.

The Hultsfred festival, which since 1986 has been held in Hultsfred, southern Sweden, will this year be held over 350 kilometres further north in the historic town of Sigtuna, north of Stockholm.

The founder of the festival, Putte Svensson, who launched the event as a 15-year-old, was saddened by the news.

He started the annual event after attending similar festivals around Europe and wanted to provide something similar for his own town.

“We lived here and we were interested for something to happen in Hultsfred. The festival market looks completely different to how it was in 1986.”

“The competition is a killer and it’s hard for small areas with weak infrastructure to compete.”

The festival is one of the more popular events for music lovers in Scandinavia and has continued to rise from the ashes of their financial oblivion of 2010.