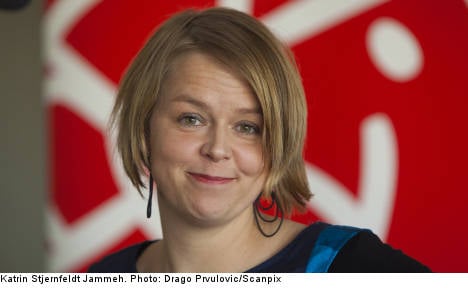 In her acceptance speech on Saturday, she said she will do everything to live up to the trust placed in her.

She believes the priority now is for the Social Democrats to win the 2014 general and regional elections.

“That would be really great for the people of Malmö,” she said.

Stjernfeldt Jammeh’s appointment did not come as a surprise. The only other real contender, 36-year-old Andreas Schönström, had already accepted the nominations committee’s choice.

Schönström will likely be appointed vice chair of Malmö’s municipal board.

Reepalu, 69, has been Malmö mayor for two decades. He announced his resignation in February and will leave the post on July 1st. However, he will remain a member on the municipal board.

Stjernfeldt Jammeh grew up in the southern region of Skåne, where Malmö is located. She studied political science and is a former leader writer at the left-wing newspaper Arbetet.

As schools councillor she has carried out a big reorganization drive, shifting responsibility for schools from the city districts to central authorities.

Stjernfeldt Jammeh is one of the few local Social Democrats to have openly criticized Reepalu’s statements about Jews and anti-Semitism in Malmö, which have received international attention.

“His statements have created mistrust,” she told newspaper Dagens Nyheter (DN) in March 2012.

Announcing his resignation in a letter to the Sydsvenskan newspaper in February, Reepalu brought up the anti-Semitism accusations levelled against him in recent years.

“Badly chosen phrases on my part were misinterpreted and twisted into deeply insulting statements about my beliefs,” he wrote.