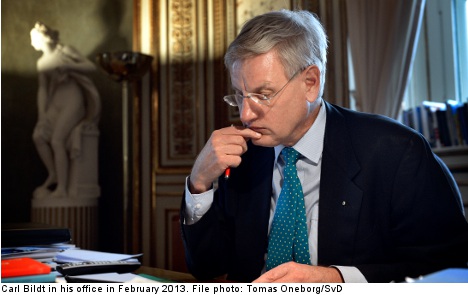 “There seems to be increasing risk that Pyongyang regime talks itself into an open conflict. Would be highly dangerous for all,” Bildt wrote via Twitter on Friday.

The bellicose rhetoric emanating from Pyongyang has escalated in recent days, culminating in the news on Saturday morning that North Korean leader Kim Jong-Un issued a statement overnight declaring that war had been declared with South Korea.

The statement promised “stern physical actions” in response to “any provocative act, according to a BBC report.

North Korea has been threatening to attack its southern neighbour since nuclear tests were conducted in February and in recent weeks troop movements have increased in the heavily militarized border region.

Few observers believe that a full-scale conflict will break out but the risk of minor incidents is deemed to have escalated.

The US has responded to the latest missive from Pyongyang by stating that the threats are being taken seriously and close contact is being maintained with Seoul.