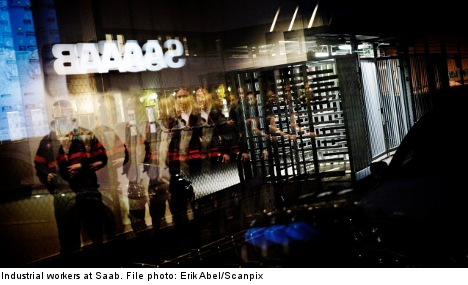 Sweden’s industrial sector, which boasts half a million workers, will see salaries raised by 6.8 percent over a three-year period following negotiations that stretched into last week.

The agreement was reached between the Teknikföretagen employers group and several union groups, including the IF Metall, Unionen, and the Swedish Association of Graduate Engineers (Sveriges Ingenjörer).

“It’s good that we could reach an agreement in the end,” Åke Svensson, CEO of Teknikföretagen, said in a statement.

According to a statement from the organization, the new deal allows more flexibility in setting working hours, better and simpler overtime rules, as well as part-time pensions that will allow workers to stay on the job later in life and facilitate the ongoing generation shift among Sweden’s industrial workers.

Anders Ferbe, chairman of metal workers trade union IF Metall, was pleased with the news.

“I think it’s a reasonable collective agreement. It’s tough to predict how the economy will develop,” he told the TT news agency.

Employers had agreed on Sunday to a raise of 6.6 percent over three years, however the unions refused, stating the level was too low. After two more days of negotiations, an additional 0.2-percent raise was agreed upon.

The previous collective agreement had run its course on Monday.