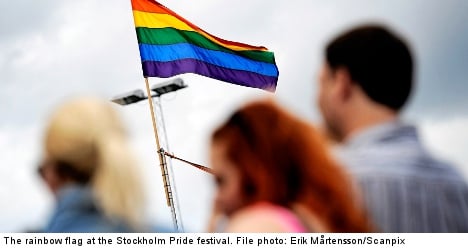 The Swedish government has proposed a law change that would allow transgender patients to undergo gender reassignment without being sterilized.

On Tuesday, two Christian Democrat MPs submitted a counter proposal, asking that their fellow parliamentarians vote against the government.

“The (government) proposal would have far-reaching consequences,” wrote Tuve Skånberg and Annelie Enochson, who also published their argument in an op-ed in the Christian newspaper Dagen on Wednesday. A children’s doctor and a psychiatrist were additional co-signatories.

“The key consequence being that Sweden would introduce the possibility of creating a third gender, called “person” in the law books – men who give birth,” the MPs stated.

READ ALSO: Love, 22, explains why he doesn’t need sex change surgery to live like a man

Current Swedish legislation does not specifically demand that the transgender patients be sterilized, instead stating that he or she must be “infertile”.

In practice, however, patients who move on from the psychological evaluation and hormone therapy to undergoing gender reassignment surgery have faced de facto sterilization as their ovaries or testicles were removed in addition to the outer genitalia being taken away and, as far as possible, re-sculpted.

There are examples of Swedes who have chosen to hold off the operation in order not to lose their reproductive capacity.

The MPs’ counter-proposal, meanwhile, made the point that there are very few transgender patients in Sweden who actually want to keep their testicles or ovaries once they are receiving treatment.

“More or less all transsexuals who undergo the operation want their original gonads removed,” the MPs wrote.

They further referenced a 2007 government-ordered investigation into the matter that concluded there were health risks to keeping gonads while taking hormones. Human rights activists, however, have said such risks are up to doctors and patients to discuss, and not suitable for the realm of lawmakers.

As a part of the government coalition, the Christian Democrat party has forged its identity in the centre-right Alliance by profiling itself as the guardian of family values. The two MPs echoed this on Wednesday by also arguing that the consequences for a child whose father gave birth to him or her needed to be properly investigated.

They therefore asked that Swedish MPs vote against the government’s proposal and wait for further research to be conducted.

The Christian Democrats, however, have long faced flack from both opposition and coalition colleagues in parliament over the contentious issue of sterilization, which human rights activists refer to as “forced legislation”.

“Supporters of the law don’t want the sterilization referred to as ‘forcible,’ but they didn’t want to call it that in the past either,” LGBT activist Pär Wiktorsson told local media two years ago when he and his colleagues invited US father Thomas Beatie to give the opening speech at the Pride Festival, and speak about his experience of giving birth.

“But for transgendereds, the state has always stood behind this demand with the threat of [withholding medical] treatment,” Wiktorsson said in explaining why human rights activists call the sterilization “forcible”.

Furthermore, even if parliament were to vote down the law reform, it would mean little in practice after a landmark case concluded in the courts system last year.

In December 2012, a Stockholm administrative court of appeal ruled that the sterilization practice violated the European Convention on Human Rights.

The court also ruled that it did not respect civil liberties as guaranteed by the Swedish constitution and that it was discriminatory since it solely targeted transgender people.