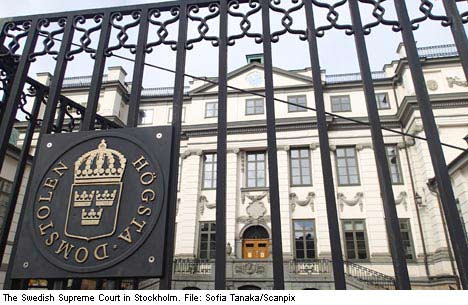 Assange, who is an Australian citizen, stands accused of rape and sexual harassment by two women in Sweden.

He has fought a return to Sweden to give his version of accounts, citing fears that Sweden would extradite him to the US.

“Basically, I think there are some misunderstandings, especially when it comes to the issue of extradition,” Swedish supreme court chair Stefan Lindskog told an audience at Adelaide University, according to the AP news service.

“Extradition shall not be granted when alleged crimes (are) military or political in nature.”

Lindskog also expressed his frustration at how the ongoing media scrutiny of the Assange and its effects on the criminal investigation.

The Swedish judge also explained that suspects are only extradited from Sweden if they are charged with crimes in another country that are also similar to crimes under Swedish law, a point which is debatable in the case of Assange.

When the lecture at Adelaide University was announced, local press cited experts who said it was highly inappropriate for a judge to discuss an ongoing case.

Lindskog’s lecture was publicized by the university, which announced that “as one of Sweden’s most eminent jurists, he is uniquely able to provide an authoritative view of the Assange affair”.

“That a Swedish supreme court judge thinks this is acceptable tends to confirm the fears people have about the impartiality and robustness of the Swedish judicial system,” Australian Lawyers Alliance spokesman Greg Barns told the Sydney Morning Herald.

“It gives great currency to the belief that Mr Assange’s case in Sweden has been heavily politicized.”

WikiLeaks went further in its critique, tying Lindskog’s visit into what the organization believes is a political conspiracy.

“The head of Swedish Supreme Court campaigning on a case they expect to judge with $ from the embassy in the run up to an election,” WikiLeaks tweeted.

Assange, meanwhile, having exhausted his options in fighting an European Arrest Warrant issued by Sweden to the UK, remains holed up in the London embassy of Ecuador, which has granted him political asylum.

Last month, one of his former top allies, British journalist Jemima Khan who was rumoured to have helped post his bail when Assange was first detained, did a volte-face. In a lengthy opinion piece in the New Statesman, she asked Assange to respect that the two Swedish women also have human rights.