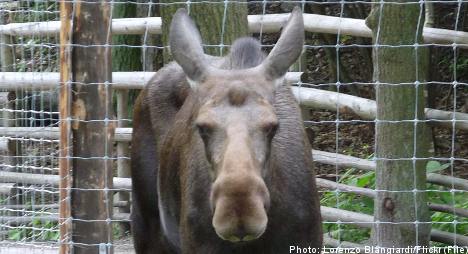 It was in late March that Belgian authorities discovered that the elk mince, produced by Swedish food manufacturer Familjen Dafgård and sold at Ikea stores, contained a bit over 1 percent pork, which is the limit for contamination of meat products.

An estimated 10,000 tonnes of lasagne stored in the furniture giant’s central warehouse and at its department stores have been blocked for sale, reported Swedish newspaper Svenska Dagbladet (SvD) on Saturday.

Ikea also withdrew a total of 17,600 packages of lasagne from its stores. All were produced at the Dafgård factory at the time the contamination is thought to have taken place.

Anders Lennartsson, head of sustainability at Ikea, told SvD that it is not yet clear how many packages of the pork-contaminate elk lasagne have been bought by customers, but he believes it’s a question of “small volumes”.

“The elkmeat lasagne production only started in January. Most products that could have traces of pork are in our warehouses and have not yet reached the department stores,” said Lennartsson.

Ikea decided to withdraw the elk lasagnes from all its European stores on the day the test results came in, but the company did not tell customers why it was doing so.

“Since there were still many question marks, there were no grounds for informing the public while the investigation was ongoing. Now that it has been confirmed we will see how we can best communicate this.”

Dafgård also ordered its own tests that revealed four cases where the elkmeat lasagne contained small amounts of beef or pork.

SEE ALSO: In Pictures: How to make Swedish meatballs

Dafgård put this down to a failure to clean the premises properly between the handling of different animals. The company said measures have been taken to ensure this is rectified.

Ikea now plans to introduce a global standard for purchasing and processing meat products and to increase the number of supplier inspections.

Ikea has not yet decided what to do with the thousands of tonnes of elkmeat stored in its warehouses, but Lennartsson said one possibility is to re-label the packages to show they contain pork.

He said Ikea plans to inform the public about the Belgian lab find and encouraged concerned customers to get in touch.