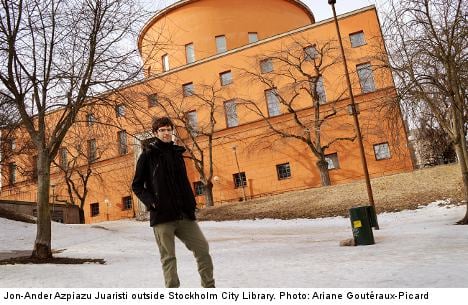 Jon-Ander Azpiazu Juaristi, 28, is no stranger to moving for studies or work. In his native Spain, he left Bilbao, in the north, for Barcelona, then Madrid, with a stint in Italy along the way. As the Spanish economy spiralled downwards, the young architect avoided rising unemployment as best he could, but last August he too felt its effects when his temporary contract was not extended.

Azpiazu Juaristi and his girlfriend realized that it was time to leave.

“We thought: we’re young and we have nothing to lose,” he remembers with a smile. “I had already been to Sweden for a holiday ten years ago and I knew from an architect friend who moved to Finland last year that there was a need for architects.”

He also credits positive testimonies about the living standards in Sweden as a key motivating factor.

In late October 2012, Azpiazu Juaristi, his girlfriend, and two of their friends arrived in Stockholm. With no job, no place to live, and no connections they had to start again from scratch. For the first few days, they stayed in a hotel room but with money scarce and the clock ticking, arranging a place to live was their top priority.

“As unbelievable as it sounds, the first apartment we visited was the one,” he explains.

Azpiazu Juaristi then spent the first two and a half months searching for a job and learning Swedish through the Red Cross’ free courses for beginners. He also sent out job applications daily, 200 in all, and found himself called to six interviews.

“Initially, not speaking Swedish was the main obstacle,” he recalls.

The turning point was meeting a fellow countryman, an architecture teacher at the Royal Institute of Technology (KTH) in Stockholm, who directed him to an architecture agency based on Södermalm on the south side of the Swedish capital. Four days after the interview, he found himself employed.

“I was at the right place, at the right time,” he explains about working as a consultant for a famous Spanish clothing brand, which entails scouting for buildings and locations to set up outlets.

“I have a six-month probationary period, but it’s for a permanent job, so I keep thinking that I did the right thing by moving to Stockholm.”

“Not only do I work with Swedish people, but also with foreigners, which is really rewarding. By the way, I was very well received by all my colleagues,” Azpiazu Juaristi beams. And as he was no novice to the job, Azpiazu Juaristi was given responsibilities right away.

“In less than three months, I have already been to Malmö and Oslo for work, with a trip to Chicago planned as well,” he says.

In comparing his experiences at a Swedish company with that of working in Spain, Azpiazu Juaristi was struck by the flatness of the organization.

“Here, you don’t feel any difference between your boss and yourself. Even if there’s a hierarchy, of course, my boss behaves just like any other team member. I wasn’t used to that in Spain,” he says.

Yet there are cultural differences that aren’t quite as positive.

“If you want to grab a beer with a Swedish friend, he will check his calendar and schedule a time two weeks later. Back home, you make plans with your friends with just a couple of hours’ notice,” he says merrily, although the Swedish winter he faced upon moving here was no laughing matter.

“Dealing with the darkness was hard. We came at the end of autumn and the days had already started to shorten,” he recalls.

Despite the bleak winter, Azpiazu Juaristi has no regrets at all about his move to Sweden.

“You have to try, not regret anything. Home will always be home and you can always go back.” 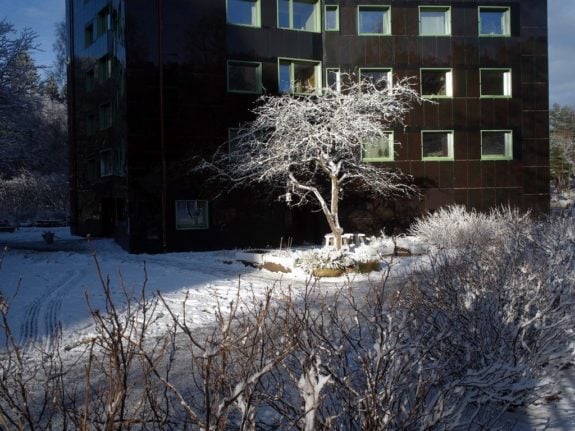