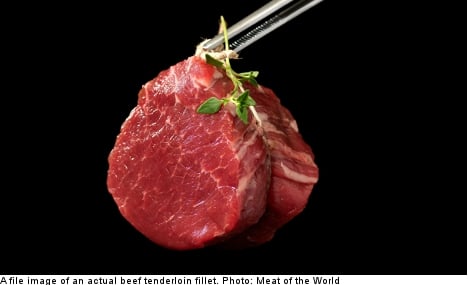 “We can’t say with certainty where this meat comes from because the documentation is so inadequate,” Karin Cerenius of the control unit of the National Food Agency (Livsmedelsverket) told AFP.

The food security watchdog had been contacted by a consumer in Sundsvall in northern Sweden who was concerned over the size and colour of a beef steak she had bought from a local Ica Maxi grocery store.

The product was withdrawn from sale last week after tests showed it was 100 percent horsemeat.

The agency said inspections at Tallhöjden , based in Öxabäck in western Sweden, showed the firm had insufficient procedures in place for tracking “which products entered the company, which ones leave it, and how they are labelled.”

The company handled both beef and horsemeat, Cerenius said.

Tallhöjden’s head of sales, Johan Sahlin, said the meat had been ordered from another Swedish company that bought it from Poland, and insisted it had been labelled as beef.

“I bought beef fillet,” he said.

The agency’s report to prosecutors covers around 460 kilogrammes of meat, 300 of which remain at the Ica Maxi in Sundsvall, Cerenius told the TT news agency.

According to Tallhöjden, the mislabelled meat was also sold to a pizzeria.

The scandal of horsemeat being passed on as beef has engulfed a string of European countries with millions of ready meals pulled from supermarket shelves.

Around two weeks ago, food wholesaler Martin & Servera recalled around one tonne of roast beef that was labelled as pork from Poland, but which actually turned out to be horsemeat. 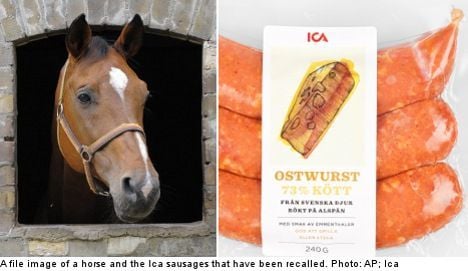 The Svenska Dagbladet (SvD) newspaper reported on Monday that two of three Sweden-based ready-meal producers that announced they would report the suspected fraud to the police have not done so. A third producer that did file a report has seen the investigation closed.

Neither has Sweden’s Food Agency (Livsmedelverket) put words into action, and will not report Swedish food makers Findus to the police as previously advertized, partly because fraud can only be proven if the person or company that committed it can be proven to have done so with intent.

“There’s been a lot of to and fros about this,” agency spokeswoman Mona-Lisa Dahlbom-Wiedel told SvD.

In February, Swedish supermarket chains Ica, Coop, and Axfood all confirmed that their frozen lasagne products contain horsemeat, with the retailers’ produce all coming from the same subcontractor chain that Swedish foodmakers Findus had employed.

The meat delivery firm Comigel was at the heart of the food scandal that shocked consumers across Europe, and shone the spotlight on complicated delivery structures that made holding companies accountable for the tainted food complicated.

Erich Lehagre, the director of Comigel, told the AFP news agency at the time that the horsemeat came from a Rumanian slaughterhouse. It was delivered to Comigel via the French meat handling company Spanghero.

Comigel delivers frozen meals to 16 countries, including the Scandinavian countries.

The British Food Standards Agency (FSA) said the Findus lasagne was probably not dangerous, but ordered tests to determine whether it contained the common horse painkiller phenylbutazone, often known as bute, which is banned from entering the food chain. 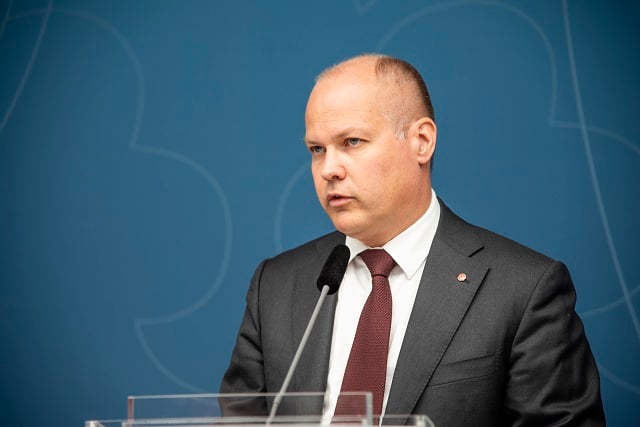