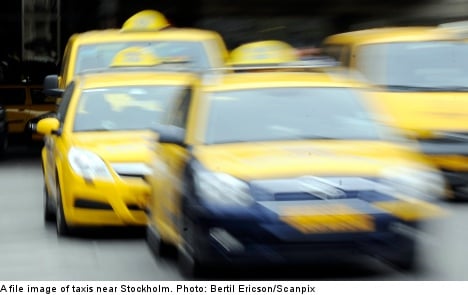 The incident occurred shortly before midnight in the Bergshamra neighbourhood just north of Stockholm. Police arrived to find a taxi from operator Taxi 020 parked by the side of the road

“We received a call from [emergency service operator] SOS Alarm that a taxi driver lay injured outside his car. On the scene we found another person who witnesses said had gotten in a fight with the driver, but we don’t know to what extent blows were actually exchanged,” duty commander Mats Brännlund of the Stockholm police told the TT news agency.

The injured taxi driver was taken to hospital where he was pronounced dead upon arrival.

The man singled out by witnesses was arrested, with police arresting another man several hours later. According to the TT news agency, the men are 24 and 27-years-old, with one having had previous run-ins with the law for violent crimes.

A woman has also been brought in for questioning about the incident, although police refused to divulge how she may be connected to the case.

Police have since launched a preliminary manslaughter investigation into the incident, which has left Taxi 020 reeling.

“Dispatch didn’t receive a request to send a car to that address. It may be that the driver was picking someone up on the side of the road. Hopefully they’ll be able to find something on the car’s surveillance camera.”