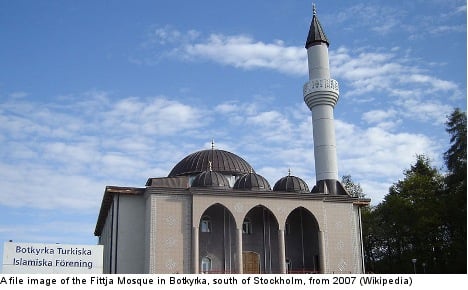 The Stockholm police removed the final hurdle for prayer calls, ruling that the call to prayer would be allowed for between three to five minutes on Fridays between midday and 1pm. Local councillors had already approved the move in principle.

“It means a great deal for our association and above all for our religion, and for the prayer,” he added.

He added that despite the long process of getting the process allowed, he was never worried that the plans would not be approved.

In September, the Botkyrka municipality’s city planning committee voted in favour of scrapping a 1994 prohibition on allowing prayer calls, which dates back from before the construction of the mosque. The mosque was built in 2007 in the municipality’s Fittja district and has over 1,500 members.

No date has been set for the first call to prayer.