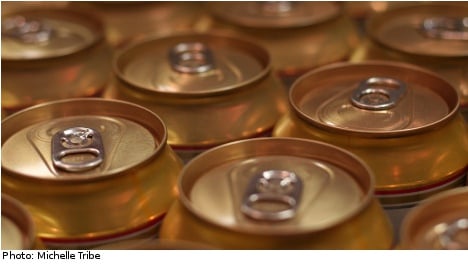 “I still think we may see an increase over the whole year,” said Sune Rydén, a specialist on alcohol and tobacco at the Swedish Customs (Tullverket).

At the end of the year, a new law into effect that gave the Customs increased powers to randomly control excisable goods such as alcohol and tobacco.

But despite extending powers beyond the borders and permitting the enter of premises used to store alcohol, the amount seized has halved.

Sune Rydén explained that despite the law, seizures remained limited by resource issues.

“The new law is very good and very efficient. If we had the resources and time, we could handle all internet alcohol. We know quite well the players who run these goods, says Sune Rydén.

The Swedish Customs has conducted 29 raids to date this year, seizing some 22,000 litres of alcohol, half as much in the nine raids carried out during the corresponding period of 2012.

Rydén explained the drop in that 2012 began with a number of successful raids against large trucks laden with liquor. The rest of the year was more modest, he pointed out.