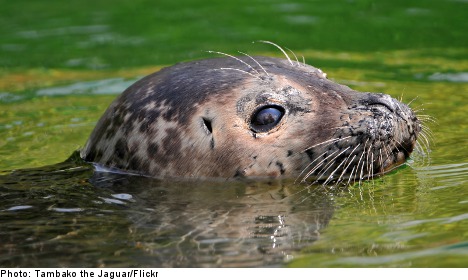 The girls were playing in the woods on Saturday just outside of Landskrona in southern Sweden, when one of them noticed something “boney” on the ground in a clearing.

“I was a bit disgusted, we thought it was a hand at first,” one of the girls told the Aftonbladet newspaper.

The girls contacted the police, who took the suspected foot with them, and who contacted pathologists for extra help.

“The officers took the foot with them and contacted pathologists with a picture of it,” Eva-Lotta Hermansson Truedsson of the Skåne police told the TT news agency on Monday morning.

Pathologists, however, could not confirm from the picture whether the skeletal find was indeed a human foot.

“It has rotted and is mostly skeletal parts,” Hermansson Truedsson explained.

Police held off on an investigation pending further results from the experts, and were no doubt relieved to learn later on Monday afternoon that the bones were not of the human variety.

Nor was it a foot, or a hand, in fact. Experts explained that the wayward appendage was the frontal flipper of a seal.

Accordingly, the local police ditched any plans of an investigation.

“It’s no crime at all that there was a seal flipper lying there,” Hermansson Truedsson said.