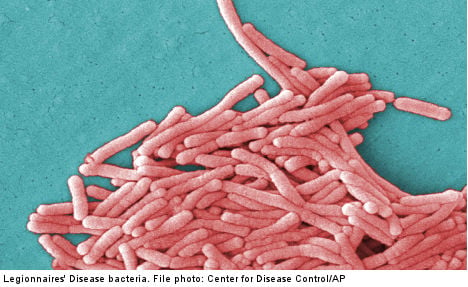 The local Arbetarbladet newspaper reports that Ann-Cathrine Matsson, 63, spent three weeks hooked up to a respirator as her body fought Legionnaires’ Disease, a bacterial respiratory infection that can be fatal.

The Swedish Union of Tenants (Hyresgästföreningen) has confirmed its lawyers are preparing to sue the landlord in court.

“We will sue the counterpart,” lawyer Anna Hallberg told Arbetarbladet. She declined to go into further detail about what damages they will ask for, nor the specifics of the complaint.

Matsson had just moved in to the two-bedroom flat when she fell ill. She believes an old pipe, connected to a previous tenant’s bidet, may have provided the breeding ground for the bacteria. The flat had been empty for some time before she and her partner moved in.

Tests done by the landlord confirmed high bacteria levels, but, according to Matsson, there has been no talk of compensation.

“It’s been a tough time and it’s nice to finally get support,” she said of the union stepping in to help her.

The landlord, the company Gavlegårdarna, told Arbetarbladet there would be no official comment until the complaint against them is filed in court.