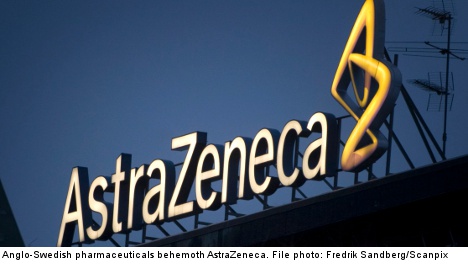 AstraZeneca said earnings after tax for the January-March period compared with net profit of $1.6 billion in the first quarter of 2012.

Pre-tax profit dropped 36 percent to $1.3 billion in the reporting period.

“As anticipated, the first quarter performance reflects the loss of exclusivity for several large products,” AstraZeneca chief executive said in the earnings statement.

Group revenue slid 13 percent to $6.38 billion compared with one year earlier, as AstraZeneca lost exclusivity for schizophrenia treatment Seroquel IR and heart-failure medication Atacand in many markets, and for anti-cholesterol drug Crestor in Canada.

“Whilst this impact will be felt throughout the year, comparisons with prior year periods should improve as the 12 month anniversaries for generic competition for Seroquel IR in many markets, and for Crestor in Canada are reached,” AstraZeneca added in Thursday’s statement.

“Consequently, for the full year the company continues to anticipate a mid-to-high single digit decline in revenue on a constant currency basis.”

AstraZeneca last month settled a long-running patent lawsuit over its top-selling Crestor treatment. Also in March, the company announced plans to cut 5,050 jobs — or about 9.0 percent of its current global workforce – over the next three years.